Thilo Schoder (1888-1979) was one of the most successful architects of the “Neues Bauen” New Building in Thuringia. The career of the Weimar born and trained architect came to a preliminary but abrupt hold in 1932, when the lack of new projects in the aftermath of the great depression in combination with the political conditions in Germany led to his emigration to the home country of his second wife – Norway. To his teacher and role mode Henry van de velde he wrote: "In Germany I unfortunately had to gain the impression that in the foreseeable future modern architecture would be a thing of the past. I read in the newspaper 'Deutsche Allgemeine Zeitung' that an application had been made to enact a law according to which the flat roof was to be banned as oriental and not fitting into the German landscape," Despite the political stability in Norway he became a citizen of in 1938, he had to start from scratch in his professional career. After obtaining a license to work in 1936 he created planned mostly small houses and business buildings as well as residential complexes and schools in several cities. 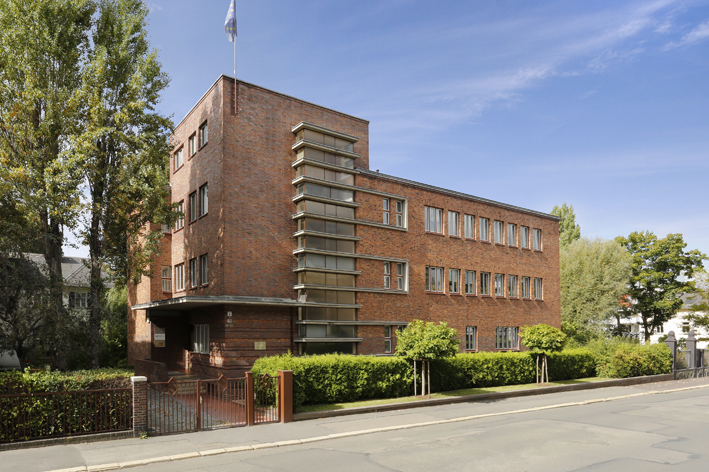 Letters, documents and the correspondence which connected Thilo Schoder and Henry van de Velde on a professional and personal level until the 1950s are exhibited for the first time allowing a very personal view of a truly European perspective of art even in times of nationalism. A contemporary perspective of Schoders work comes from photographer Jean Molitor, who has visited many of his architectural treasured and documented their present condition as well as their original fascination.

The exhibition will be accompanied by a publication.